If you weren’t in the audience for our In the Mix event competitions, including the July 10th finale, then you missed out on a huge event. In the Mix 2019, brought to you by Red Bull, Aperol, Clubkillers.com, Blackout Artists, and Blueprint Sound pitted some of the best up-and-coming DJ talents against each other for incredible prizes. The competition just wrapped up and we’re thrilled to announce the winner, who will be holding a residency at Clique Bar & Lounge for the remainder of 2019.

This five-week event started on June 12th and then commenced with an event every Wednesday, culminating in the heated finale on July 10th. Contestants were judged on a 50-point scale, broken down as follows:

DJs competed against each other, trying to advance to the finals. With some amazing prizes on the line, the competition was fierce. The champion would receive a residency at Clique Bar & Lounge for 2019 and a one-year account with Clubkillers. The runner-up would receive a six-month account with Clubkillers and the possibility of booking dates at Clique Bar & Lounge in 2019.

On June 12th, 16 DJs kicked the event off with only 10 moving into the second round of the competition. During the following nights, five DJs played each night, with just two from each set moving on. After two rounds of eliminations, four DJs progressed to play in the July 3rd semi-final: DJ Prenup, DJ Lalas, DJ ER, and DJ Matty Ray.

During the semi-finals, DJ ER emerged as the clear leader, but the second spot was too close to call. DJ Lalas and DJ Matty Ray played a sudden death five-minute set to claim that second spot in order to move on to the finals round. The scores in this sudden death set were close, but DJ Lalas came out on top. 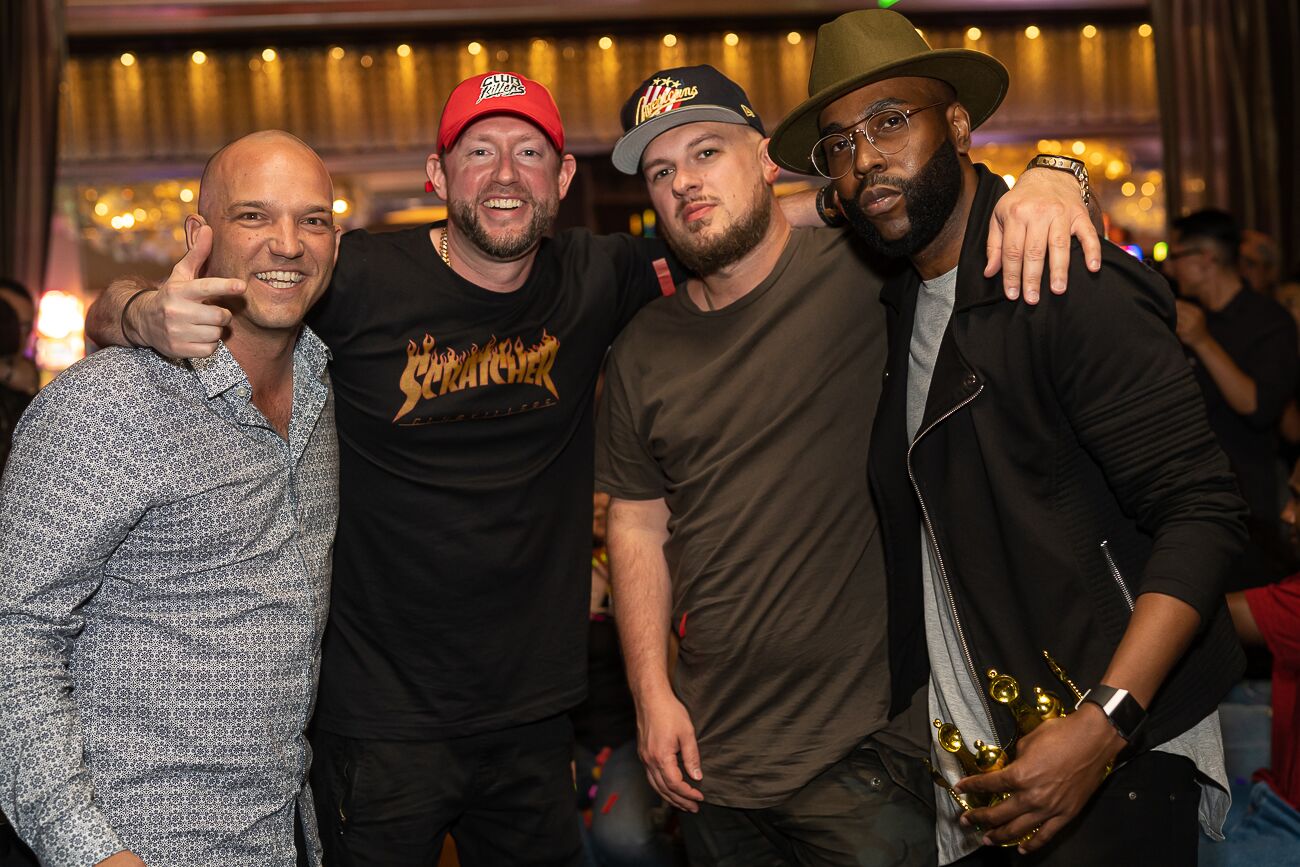 Announcing the In the Mix 2019 Winner

Both DJ Lalas and DJ ER brought big crowds and massive sets to the July 10th finals. DJ Lalas was killing it, stepping out from the booth and dancing mid set. DJ ER took a different approach and came armed with props; he donned sunglasses while playing a Stevie Wonder remix and brought out a Simba plush toy, presenting the new king to the crowd as he dropped the first 30 seconds of Circle of Life, the Lion King theme song. On top of the theatrics, the music was just phenomenal.

No one envied the judges’ jobs during this competition. The finals were judged by Tim Tones, DJ Leverage, and DJ DeVille, who is the legend and producer behind some of the biggest tracks heard around the world each night. The judges didn’t have an easy task, and after the scoring between the two finalists’ regular rounds was so close, they asked the DJs for more.

To determine the true winner, the judges and the rule committee gave the DJs a challenging task: One five-minute sudden death round with only five minutes of preparation time. DJ Lalas won the coin flip that would decide the order, and decided to go first. He threw down a killer set but he was no match for DJ ER and Simba, who is our In the Mix 2019 champion.

DJ ER is based out of the Inland Empire in Southern California. You can see him at some of Inland Empire’s most popular nightlife destinations just about any weekend. DJ ER has won a residency at Clique for the rest of 2019, a year’s subscription to Clubkillers, and some other great prizes.

Stay posted for an update on our Events page, where we’ll announce DJ ER’s first date at Clique Bar & Lounge. Be sure to make an RSVP ahead of time – if DJ ER’s competition performances were any indication, he’s going to draw a huge crowd.